About the Open-air museum

Skansen Rochus. Open-air museum in the heart of Slovácko

At one place there is an original wooden barn which was relocated from a nearby village of Břestek. A few meters further on there are two agricultural farmsteads above which there is a house with an old wine cellar. Part of our museum is also a vineyard with original log beehives, not far from them also a wooden hayloft from Hradčovice coming from the year 1904.

Come and get the feel of the ethnographic region of Dolňácko with a traditional structural building, the way of housing, employment and living, clothing, arts, customs, traditions and folklore. Do you wish to experience an authentic Shrovetide called fašank in Slovácko, or maybe Easter? Erecting a maypole, opening pastures, harvesting, a pilgrimage? Advent customs or St. Stephen carol-singing? All of these take place here including ecology-related events. Part and parcel of them are two orchards with ancient fruit trees formerly growing around Uherské Hradiště and Uherský Brod.

After a mutual agreement tours are possible for groups of at least 10 visitors outside the official hours. 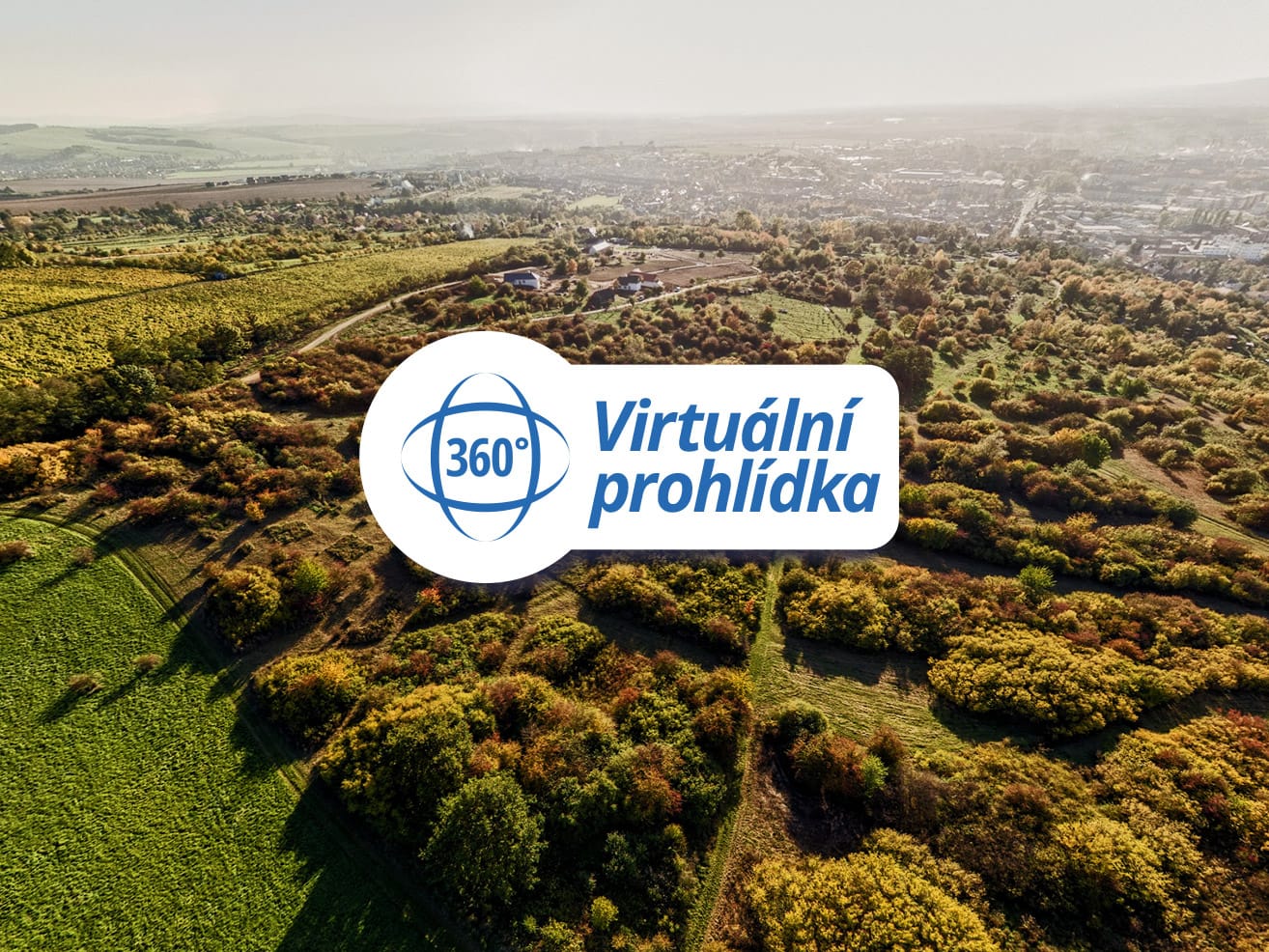 Look at Park Rochus from bird’s eye view and get to know selected corners of the park on 3D cards.

The locality of Rochus where the natural and cultural area called Park Rochus is growing used to be a military exercising ground. Nowadays, it looks like a green island formed by a mosaic of shrubs and meadows surrounded by intensely cultivated farmland and urbanized landscape. It is due to the previous military activities that a valuable biotope containing natural riches came to life here.

Park Rochus, on the area of approx. 150 acres, is located on the northwest hillside of Černá hora (302 meters above sea). It is a suburban part of Uherské Hradiště on the boundary between Jarošov and Mařatice. Černá hora is the southwest projection of the Prakšice downs which is part of Hluk downs and both of them pertain to the Vizovice hills. The foothill of Černá hora forms the frontier between the Prakšice downs and Dolnomoravský basin.

The abandoned area of the former military exercising ground was for years left untouched, the terrain bears traces of the tank firing range. The grass and shrub vegetation are casually interlaced with footpaths but herbs and grasses with more or less thick shrubs prevail. Without a systematic care and maintenance this unique locality might overgrow with shrubs, which might result in the extinction of a number of rare species, e.g. the butterfly Eriogaster catax, an endangered species, protected in Park Rochus. In June 2004, at one place in Park Rochus, scientists identified an orchid Ophrys apifera, which is categorized as critically endangered and thus protected by law.

The first study Composed Study of Rochus by prof. Ivar Otruba was finished in 2007, subsequently also the impact of this intention on nature protection and the network Natura 2000 was assessed. Based on the worked out studies, analyses, expert opinions, and comments from the Regional Office Zlín, partners, citizens and departments of Uherské Hradiště, the entire concept of functional areas was finalized.

In 2010, the first 100 trees were planted and the green areas renovated, which symbolized the regeneration of the natural areas of Park Rochus, and also a generally beneficial society Park Rochus was set up. Since 2011 a gradual realization of individual grant programs has been under way.

Since 2012, on the edge of the park bordering with Mařatice vineyards there has been an open-air museum which preserves and presents significant elements of cultural heritage in and around Uherské Hradiště. The folk architecture consisting of both relocated buildings and copies of selected types of original objects of rural architecture from 18 th to mid-20 th centuries is, especially in this region, characterized by an astonishing diversity and richness of forms. A substantial part of the open-air museum are green spaces incl. the expositions of farming on the land (meadow and orchardist areas, a sample vineyard). The grounds of the museum are used for folklore events, traditional crafts, handicraft production and customs and traditions largely related to winemaking and viniculture.

All in all, this attractive locality provides visitors with great conditions for free-time activities and offers wonderful views of Uherské Hradiště and the Chřiby Hills.